Portfolio > Dawn of A New Day 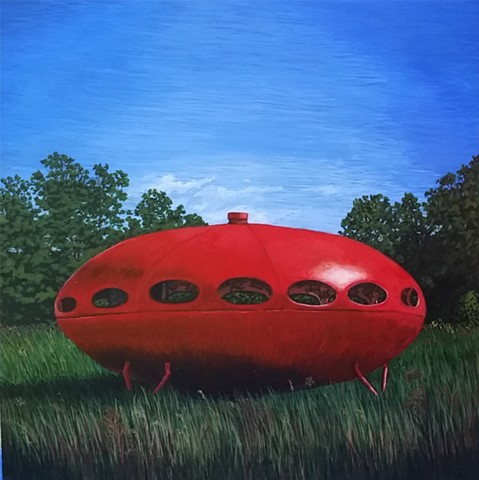 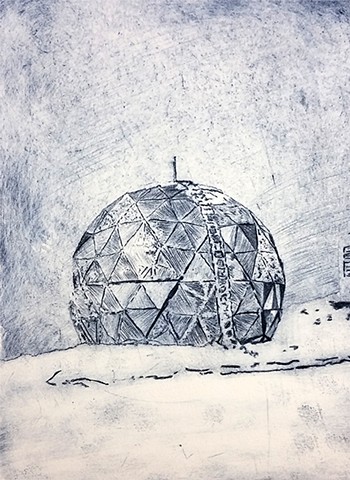 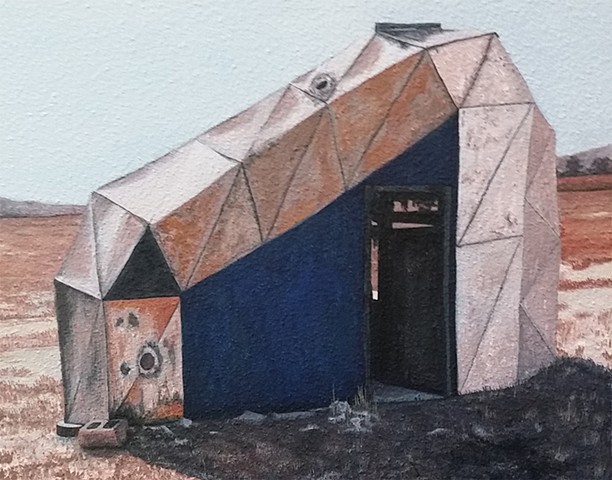 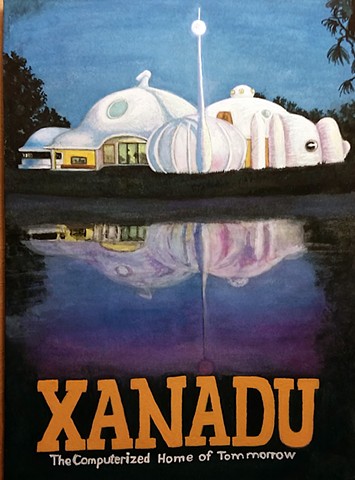 Xanadu, The House of Tomorrow
gouache on paper
7 x 5 inches 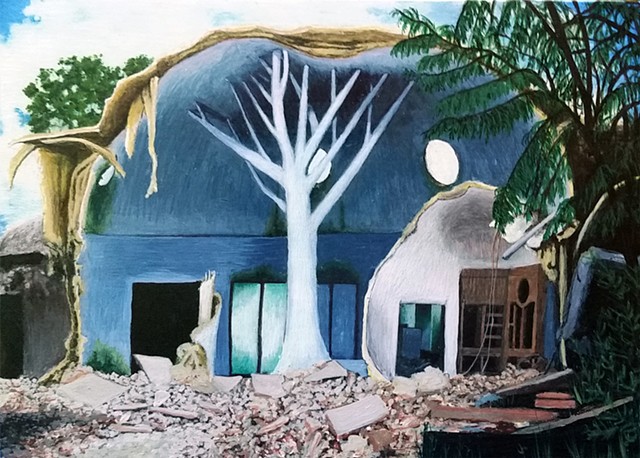 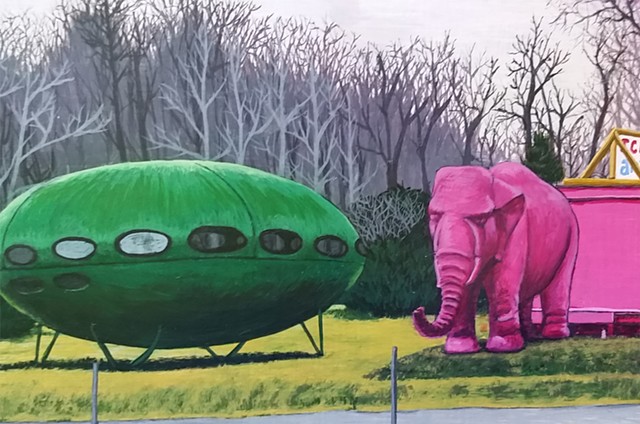 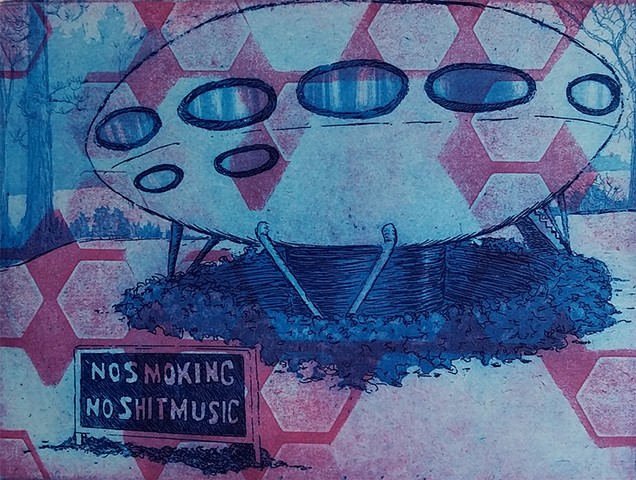 No Smoking No Shit Music
etching on paper
5 x 7 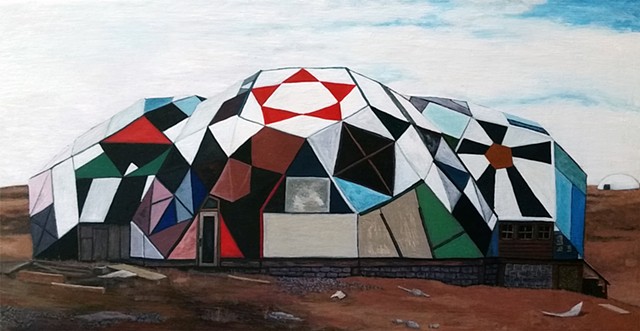 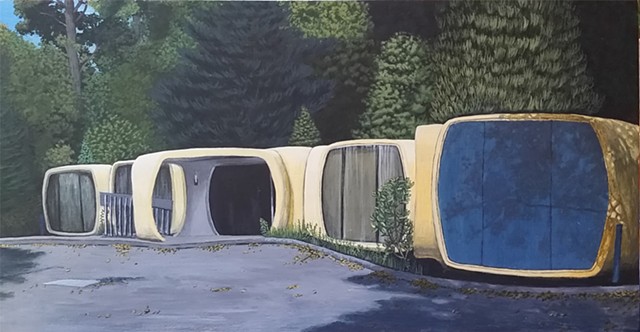 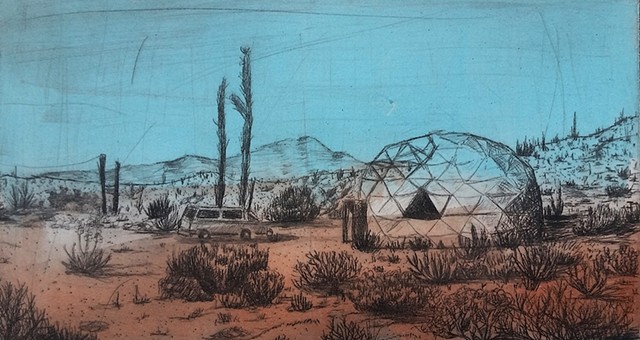 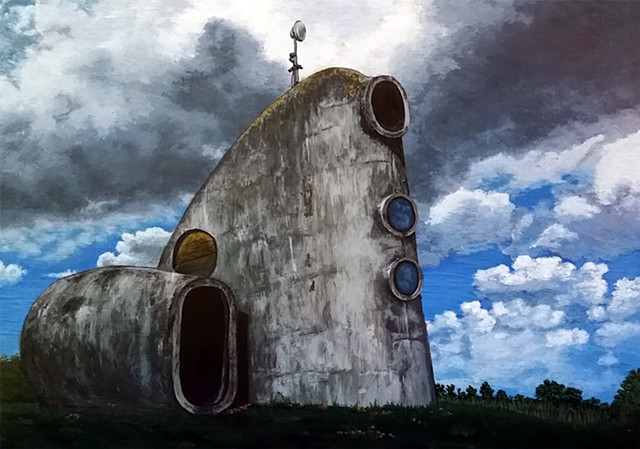 This series, Dawn of a New Day, explores the residue of the futuristic aesthetic of the mid 20th Century as we experience it today. Locations are depicted that have now been abandoned or altered from their once optimistic beginnings. They are sometimes juxtaposed against images of these places in their original state. These are the buildings and places that were designed to speak to an envisioned future Utopia, but entropy and time have tarnished their once optimistic message. Somehow the geodesic dome converted into a tacky video store, or the Futuro House turned into a topless bar hasn’t aged well. They stand out like beacons in the landscape. How do we react to these locations? Do they speak to a loss in our society for the idea that the future will be better? Or are they evidence of the human ego trying to lead a reluctant society somewhere it didn’t want to go? It is for the viewer to decide.